But it’s not my fault. They just know the formula too well: 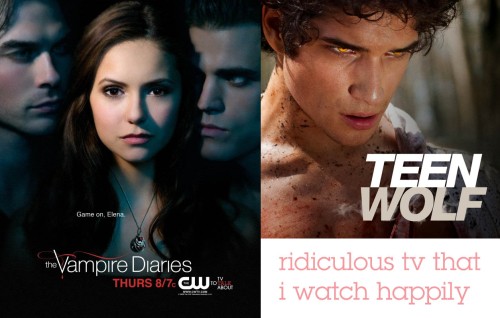 Well, here are the five life lessons (they are mostly dating tips, but still) that I’ve learned from Teen Wolf and the Vampire Diaries:

2. Before you move into a new town check how many people work for animal control. If they offer 24 hour service you should NOT move there.

3. If you think you have met the love of your life and it turns out they are supernatural, leave them. You haven’t been to college yet. Once you take a few classes in women’s studies you will understand that maybe he is controlling and the fact that he could eat you is feeding into larger issues not just in your relationship, but in the overall pattern of a patriarchal society.

4. Don’t run into situations like you’re special. You aren’t. Maybe instead you should stay at home with a good book and a cup of tea and do what humans do best: avoid issues, be lazy, and forget about the people you’ve fucked over.

With these life lessons under my belt I’m considering making my own tv show about a Faun who has to keep his goat feet a secret from everyone, including the love of his life. (She’ll never go to prom with him if she knows about his heavy hooves!) 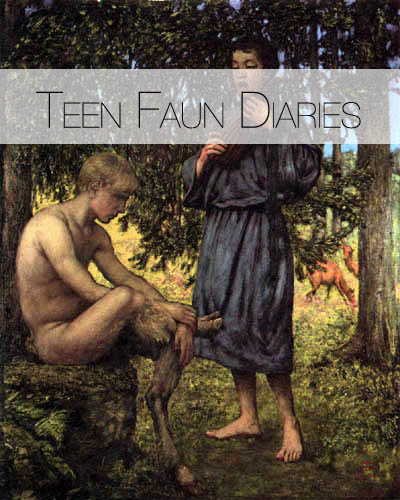 Laura Stevenson and the Cans on Awkward

So merely moments ago I was watching the newest episode of Awkward which is an MTV show I watch every week and am somewhat embarrassed about, but I don’t stop because ehhh. Anyway, while I was watching I heard the fantastic Laura Stevenson and the Cans‘ song, The Healthy One.

What have I been up to this weekend? Naturally something remarkable and world changing… 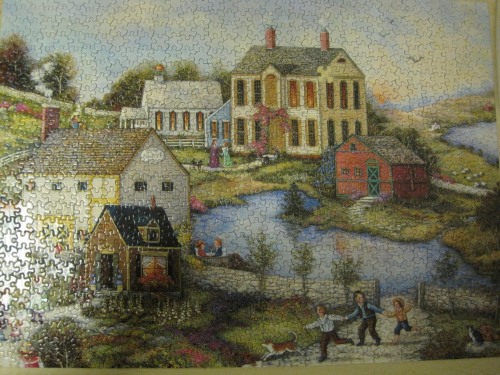 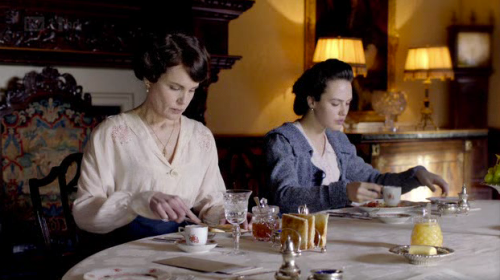 I finished that puzzle and watched the whole first season of Downton Abbey. I like the show because I relate to them: I also enjoy tea and breakfast.

When Raymond’s mom is done being naggy, she becomes Mrs. Miracle.

Mrs. Miracle is a conglomerate of Nanny McPhee, Mary Poppins, and Supernanny, who takes care of misbehaved children while pairing deficient parents with successful community leaders.

The craziest part, there is more than one of these.

Things I am Thankful for

I am thankful that Hallmark starts their Christmas movie marathon November 12th.

I am a hundred percent sure that The Christmas Card will change my life.

Made this last night, while watching Party Down.